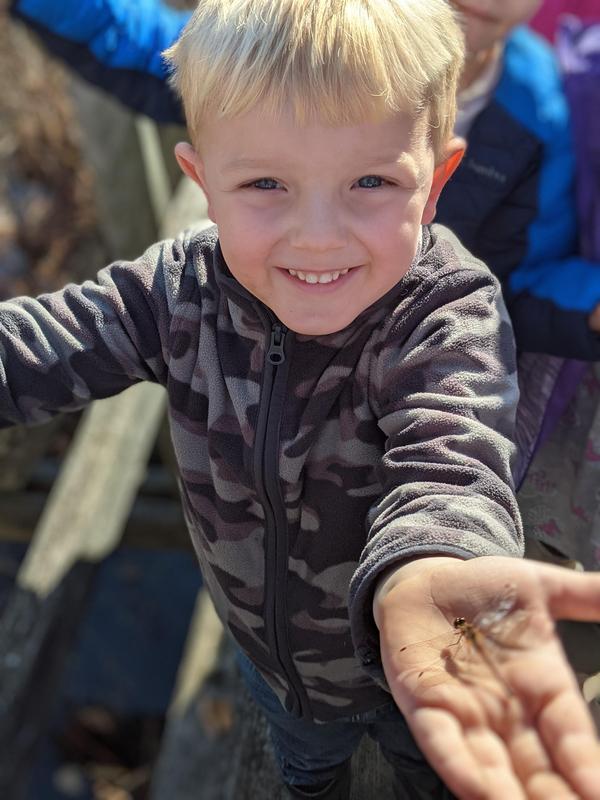 On a beautiful November day, our preschoolers spent extra time outside to enjoy the trails and discovered lots of dragonflies!
While outside on the nature trails, the students explored their surroundings and focused in on finding dragonflies. They counted 22 of them near the water sources! (some might have been the same, but they were encouraged to keep counting.) The preschoolers saw them dance, fight and land on their clothing. Teacher Mrs. Pfefferman shared the following fun facts about dragonflies: